Lee has been acting since he was seven years old, when he played Danny Zuko in Grease, Jr.  He went on to perform in numerous youth theater productions, and eventually to lead roles in professional shows.  He feels so fortunate to have worked with actors, directors, stage managers, etc. who have taught him the ins and outs of a professional production.

Lee's passion for acting lead him naturally to roles in an independent film, The Drifter, two UCF student films, and several local and national commercials.  Lee understands the importance of training, and continues to study with great acting coaches in Florida and Los Angeles.

Lee's interest in anything magical began at a very early age, with a steadfast belief in leprechauns.  This passion has evolved into a great love of magic.  Lee seizes every opportunity he can to perform his magic, and has been performing at a local restaurant in his hometown every Tuesday night.

The most exciting experience for Lee, so far, was playing the role of Troy in Dolphin Tale 2.  Lee had the opportunity to share the set (which was a beach) with Nathan Gamble, Cozi Zuehlsdorff, and Ashley Judd.  He even got to perform magic tricks for Harry Connick Jr! 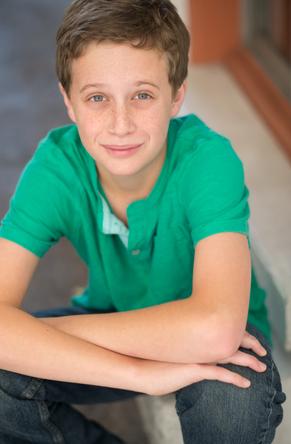